Reform of Immigration in U.S. Still Just a Hope 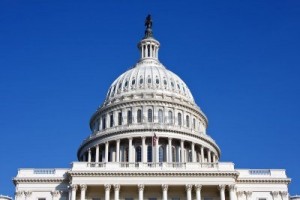 Mitt Romney says that dealing with the issue of immigration is something the Republicans must do.

Only six months ago, it looked in the U.S. as though Congress was closer than ever to finally agreeing to the reform of the country’s immigration laws that would give a pathway to U.S. citizenship to the estimated 11 million undocumented immigrants.

It seemed inevitable that legislation to fix the immigration system would be approved, but it currently remains on hold due to the conservative Republicans in the House of Representatives opposing it.

For decades, immigration reform has been debated in both chambers of Congress, but the problem with the current debate, says on analysts from a Washington-based think-tank reflects on how different the outlook on immigration appears today, in comparison to the 1990s and even the first years of the new millennium.

Today, no new net migration is coming from Mexico into the U.S. and projecting out, there does not seem to be any indication of another huge surge in undocumented immigration even if the economy in the U.S. were to get stronger.

Reasons for this taking place are varied, but part is due to the economy in Mexico becoming stronger than before and jobs lost because product was made in China are coming back, lessening the need to migrate.

Therefore, while a continued debate takes place focusing on the border security of the U.S., many Washington lawmakers are now paying more attention to the need for reform in immigration for the health of the economy in the U.S.

However, the division internally within the GOP has led the Speaker of the House Republican John Boehner to say recently that the legislation passed in the Senate by the Democrats with bipartisan support would never be considered in the House.

That statement was a death sentence to the change of immigration reform any time soon. Nevertheless, some analysts still believe there is a chance of it taking place.

However, the divide that exists between leaders in the Republican Party between those interested in the national agenda, where they consider the issue of importance to the party’s future, and those stuck on issues with their constituents, which in districts that are conservative equal nothing more than opposition to any immigration reform.