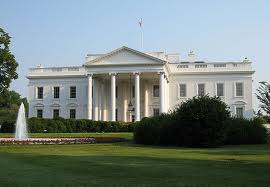 Successful deals made on Capitol Hill have altered Washington’s political dynamic raising hopes in the White House that stalled priorities for the second term like immigration reform might still come to fruition.

The movement behind the recent success has been inside the House, where both parties overwhelmingly approved a budget of two-years and its Speaker declared war on tea party organizations.

The new developments have increased the possibility of movement on issues like immigration, which President Obama placed at the top of his agenda since he earned over 70% of the Asian and Hispanic vote in his reelection last year.

The agreement on the budget, which most believe will pass in the Senate, also makes a path for normal appropriation processes that gives the White House more flexibility in determining where to spend more money over the administration’s next 24 months.

That might allow it to start funding again on such priorities as the National Institutes of Health and Head Start, although the Republicans will still have their say.

Officials in the administration hailed the agreement on the budget on Friday, as a big step in lifting another threat of a shutdown in the government similar to the one that took place in October, which took precedent in the Washington debate at the expense of issues such as immigration.

The Obama administration also said it used the moment to improve its tenuous relations with leaders in congress announcing the hiring of Katie Beirne Fallon, a longtime staffer on Capitol Hill as a new chief of legislative affairs.

It is still not clear if strong opposition from the GOP to the agenda of Obama, something he has dubbed as fever, will abate sufficiently to give him the ability to move forward with his priorities. Obama is hobbled somewhat by the drop in approval ratings and the problems with the rollout of the healthcare program.

The White House was given an extra unanticipated boost during the week when Speaker Boehner berated the group aligned with the tea party that caused him and for that matter Obama, many headaches over the past three years.

He said those groups, which fiercely opposed the deal on the budget and other agreements that were bipartisan, lack credibility and are misleading.