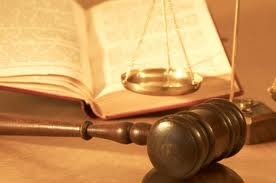 The Supreme Court in California ruled on Thursday in a unanimous vote that an immigrant from Mexico who does not have a green card could be a licensed lawyer, though he will have limited employment prospects.

Tani Cantil-Sakayue, the Chief Justice said in her opinion that a law, which was passed in 2012 by the California legislature, enabled the Supreme Court to admit the Mexican Sergio Garcia to the legal profession.

The law was passed by the legislature after the court in a September hearing indicated that it had been bound by federal restrictions to deny the license to Garcia.

The federal law stipulates that immigrants without permission to reside in the U.S. should be denied all professional licenses unless governments from states have taken action to override that ban.

The high court said that Garcia, who had lived in the United States nearly this entire life, could practice law free or charge outside the country. However, it is disputed whether he is able to work legally as a sole proprietor or an independent contractor and collect fees, said the court.

Garcia emigrated with the rest of his family from Mexico when he was only 17 months old. He lived in the U.S. until age 9, and then reentered the U.S. illegally at age 17.

His father is an agricultural worker and has his U.S. citizenship. He applied in 1994 for a green card for Garcia. The application was approved by the government in 1995, but the green card has yet to be issued.

Garcia passed the bar exam on his first try and examiners for the state found him to be morally fit to practice.

Following that, the state bar remitted the Garcia’s application to the Supreme Court of California for its routine approval. However, the high court decided it should review Garcia’s case due to his immigration status.