Most Members of U.S. Congress are Millionaires 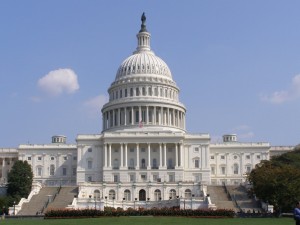 Over half of the U.S. Congress members are millionaires. That is according to data filed in 2012 by each member of Congress and reviewed by the Center for Responsive Politics.

As many as 268 House of Representative and Senate members now have an average net worth of more than $1 million. It is the first time in the country’s history that over 50% of members of Congress have fortunes worth over $1 million.

The data was filed last year in May for the 530 Congress members at the time. The medial worth for the member was $1,008,760, which was an increase over the prior year figure of $966,000. At least one member of Congress elected since the data was first filed is a millionaire as well.

Darrell Issa is the wealthiest Republican with a net worth in 2012 of $464 million. He is Congresses wealthiest member of which most was earned while he was the CEO of Directed Electronics a car security company.

The wealthiest member from the previous year was Michael McCaul the Texas Republican who saw his personal future drop from over $500 million to only $143.1 million, but that shift is not due to a financial catastrophe. It is a show of new reporting rules that mean Congress members can call incomes and assets belonging to their spouses as just “an asset over $1 million.”

Just 8% of the American people believe the U.S. Congress is doing a fine job.

The slide in income for McCaul means that of the five members of Congress that are the wealthiest four are Democrats.

The Democrats also are slightly ahead of Republican counterparts when comparing medial income of Congressional members. Democrats reported median value at $1.04 million and Republicans at $1 million.

However, the Democrats also have the only group that dropped in wealth, as the medial worth of Democratic Party members in the Senate fell. Senator Frank Lautenberg died and he was worth more than $87 million and John Kerry left the Senate to become the Secretary of State, which added to the decline by Democrats.