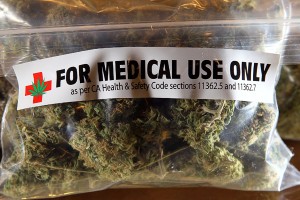 On Friday, the White House administration gave the green light to the banking industry to do business with and finance legal sellers of marijuana, a move that could legitimize even further the growing industry.

For just the first time, distributors who are legal can secure bank loans and set up savings and checking accounts at the nation’s major banks that have for the most part steered away from those types of businesses.

The White House’s decision eliminates a big hurdle for the marijuana sellers, who now can legally conduct business across 20 states and the District of Columbia.

Thus far, the White House has handled the legal dilemmas Washington and Colorado created, where the states approved recreational use of marijuana, largely by deciding not to enforce the statues at the federal level.

In 2013 for example, the White House announced it was not challenging the Washington and Colorado legalization of marijuana, as long as the two states maintained a tight rein on the businesses that sell marijuana.

In August, the White House agreed it would not prosecute legal marijuana dealers if they met eight different requirements including not selling the drug to minors.

That was not in itself a change in the law; marijuana remains illegal as far as the U.S. government is concerned across all 50 states. However, it was only a declaration that the Department of Justice had other things of more importance to look after.

The administration on Friday went even further when it opened the door for banks to handle marijuana commerce in the open and make it part of the mainstream financial system in the U.S.

The DOJ issued new sets of rules that would make it less problematic for banks to conduct business with sellers of marijuana. In another release, the DOJ directed its U.S. attorney to not pursue banks that are doing business with legal marijuana dealers, as long as those dealers are adhering to the August guidelines that were issued.

Some Washington lawmakers disagree, saying that the White House is allowing an industry to conduct business that is violation of federal statutes.