Republicans Not Moving on Immigration 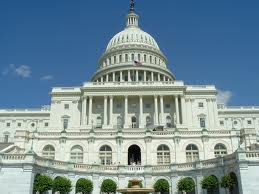 John Boehner the U.S. Speaker of the House said the issue to solve the immigration law overhaul seems obvious. The Republican leader said immigration needed to be done and the quicker it is dealt with, the better off the U.S. would be.

Yet, nearly seven years after George W. Bush the former President urged the U.S. Congress to provide undocumented immigrants that numbered in the millions, a pathway to citizenship, and close to eight months after the U.S. Senate approved by an overwhelming majority immigrations legislation, House Republicans are not any closer today to coming to an agreement on a plan that would bridge the huge gap amongst their own.

Boehner during an interview last week said that the Republicans were pausing, as the party members do not have confidence in the president to implement the immigration law the way they would design it.

Lawmakers from the GOP, many whom oppose what they call amnesty for the close to 11 million people who entered the U.S. illegally, have steered away from passing legislation.

However, Boehner and many other Republicans strategists feel a GOP candidate would not win the presidency if the stalling by Republicans continues upsetting Hispanics, the fastest growing U.S. minority.

Only two years ago, Mitt Romney the GOP presidential nominee called on the undocumented immigrants to start a self-deport, which is the biggest reason why he won just 27% of the Hispanic voted compared to the 44% won in 2004 by Bush, when he won the election against John Kerry.

Although the impact of not having the Hispanic vote is quite damaging to Republicans in elections for the presidency, some Democrats are pleased at the idea of Hispanics voting in bigger numbers for the congressional midterm elections in November.