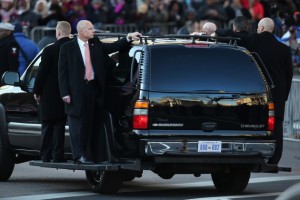 Three agents from the Secret Service prepping for a trip to the Netherlands to protect President Obama were sent back home due to disciplinary reasons, said a spokesperson on Wednesday.

This marks another embarrassing incident in the elite security agency charged with protecting the U.S. President.

A source familiar with the Secret Service and the incident said it took place prior to Monday’s arrival of the president in Amsterdam. The source said the three agents had not been supervisors.

This most recent incident is just another black mark for the agency that has received harsh criticism since a number of its agents were caught up with a scandal involving prostitutes prior to a trip by the president to Cartagena, Colombia in 2012.

Following that incident, the service decided to adopt stricter rules pertaining to the behavior of the agents, including baring any drinking 10 hours prior to duty.

It was not clear which rule precisely the agents had violated in the Netherlands. However, excessive drinking one night on the part of one or more of the agents appears to be what caused the three to be sent back to the U.S.

A newspaper in Washington broke the news first and reported that one agent had been found in a hallway of a hotel passed out on Sunday morning.

On Monday, Obama arrived in Amsterdam to attend a nuclear security summit. This is the president’s first stop during a trip of six days through parts of Europe and onto the Saudi Arabia.

A larger number of agents from the Secret Service arrived a number of days in advance of the U.S. president’s arrival to scout out and secure his locations and chart the movements of the president.

When asked, the White House spokesperson would not comment on the actions of the agents or the decision that sent them home.

Roivant Sciences Shares Gap Up to $3.70