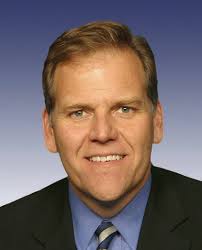 Mike Rogers a member of the U.S. House of Representatives from the state of Michigan, who has been the House Intelligence Committee Chairman taking on an increasingly sharper profile on Capitol Hill, during a time of broadening global security problems, has decided to leave Congress to enter broadcasting.

Rogers is a seven-term representative, Republican and former agent with the FBI. He said during a Friday interview that he would not be seeking re-election following the end of his term this year.

Instead, he said he would be launching a new career as a radio show host with stations affiliated with Cumulus Media based in Atlanta, Georgia.

He said while closing one chapter of his life he is pleased and excited to open another that will allow him to continue serving America as a voice of exceptionalism and support a national security policy that is strong.

The veteran politician who is 50 years of age established an impressive resume in broadcasting, even while becoming a pivotal player on Capitol Hill, making regular appearances on interview shows broadcast nationally on Sunday.

As international incident crises and issues mounted in spots that ranged from Syria to North Korea, Iran to Russia, Ukraine and now the Crimea Peninsula, there has been an increase in his presence on the radio.

His face became more and more familiar over recent months amidst the growing national controversy over the telephone surveillance carried by the NSA.

Rogers, on that particular issue, was in the middle, saying he shared the concerns about the privacy of individuals but understood there was a need for more intelligence capacity during a time of constant threats over a terrorist attack.

Over recent months, Rogers had worked with Democrats closely on issues of intelligence, which has been an unusual display of bipartisanship amongst a Congress that is very divided.

In June of last year, Rogers renounced consideration of running in Michigan for a seat in the U.S. Senate for 2014. He said the best way he could make a difference while in Washington was remaining a member of the House of Representatives.