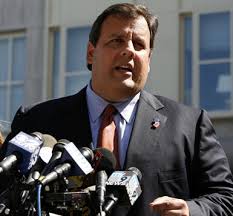 On Saturday, two governors who are Republican and high profile called for America to have leadership that was more aggressive on challenges taking place abroad. The two emphasized their support of Israel while courting powerful donors who are Jewish.

Chris Christie, the Governor of New Jersey and Scott Walker the Governor of Wisconsin also increased the speculation about their future presidential ambitions as they offered their advice as to how to win back the White House in the 2016 election after losing to the Democrats for the past two presidential elections.

The two were at the annual spring meeting of the Republican Jewish Coalition. They avoided any direct criticism of President Obama by name but remarks were big in rhetoric and faulted the foreign policy of Obama while not speaking in specifics.

The two Republican governors who both are considering a bid for the presidency were at powerful Sheldon Adelson’s casino in Las Vegas. Adelson is one of the “super donors” for the Republican Party, sinking millions into different campaigns in 2012 to help Republican candidates.

Two years prior to the official start of the next presidential campaign, other names are also being tossed around within the Republican ranks. Some fundraisers from the establishment are encouraging Jeb Bush the former governor of Florida to run.

However, the biggest single donor’s endorsement that is likely the most important is Adelson’s. He is one of the world’s 10 richest people and nearly singlehandedly bankrolled the 2012 campaign of Newt Gingrich.

Adelson was not present for Walker’s speech, but was sitting in front when Christie gave his speech. In his speech, Christie spoke of taking a helicopter from occupied territories while in Israel and learned how Israelis live daily with military risk.

John Kasich the governor of Ohio and another Republican thought to have presidential aspirations spoke at a luncheon attended by Adelson and other donors who were Jewish.

Kasich said that America must engage the world and help those that share the values we do. He used Adelson’s name repeatedly in his speech.

It is common knowledge that Adelson has a devotion to Israel and to aggressive foreign policy for the U.S.