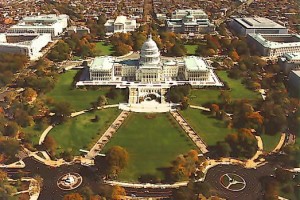 On Monday, the U.S. Senate approved a measure 59-38 to resurrect the federal benefits for the long-term unemployed and a small group of supporters from the Republican Party quickly made appeals to John Boehner the Speaker of the House who is reluctant to permit action during an election year in the House.

Seven Republicans in the House wrote a letter to Eric Cantor the House majority leader from Virginia and to Boehner saying steps were need to restore the unemployment benefits for struggling Americans.

The letter was released as the Democratic-dominated Senate bestowed its approval upon the legislation.

Despite having an appeal, the prospects for the bill are cloudy at the very best, given the widespread opposition amongst the conservative lawmakers, the outside groups and the unwillingness of Boehner to allow the bill to reach the floor without any changes that the GOP say would help with job creation.

The vote in the Senate, seven months prior to the congressional midterm elections, capped a difficult three months battle. Voting for the approval were 51 Democrats, 6 Republicans and 2 Independents.

The measure was the first major legislation that the Democrats sent to the Senate floor when Congress convened in early 2014. It is the linchpin of a broader agent for the campaign season meant to highlight the concern for the men and women who are doing poorly at a time when economic disparity is growing between the rich and the poor.

Since then, the Democrats have pummeled Republicans for holding up the passage and made new concession to try to gain enough support from the GOP lawmakers to defeat the filibuster.

Chief amongst those new concessions was the agreement to pay a cost of $9.6 billion for the five-month bill through spending cuts in other areas of the budget.

The measure, backed by the Obama administration would restore the benefits retroactively that were ended in the latter part of December, and it would maintain them until the end of May.

Officials said up to 2.3 million workers, who are jobless have not received assistance since the expiration of the law late in 2013. If the law were renewed, the aid would be $256 per week and for the majority of cases got those who have been jobless for over six months.

Senator Jack Reed a Democrat from Rhode Island and Republican Senator Dean Heller from Nevada the leading supporters of the bill said they would consider changes in the hope of securing its passage in a House that was very reluctant.

Model N Inc Given Average Rating of “Buy” by Analysts

Inspire Medical Systems Given Average Recommendation of “Buy” by Analysts