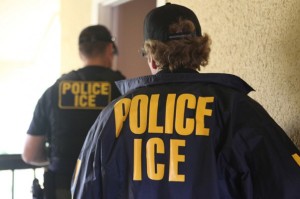 The White House administration announced it would work to process and then deport undocumented immigrants quicker. The administration also said a new center for detention for families that cross the border would be opened.

A news agency has reported that the new facility will be located in New Mexico at the Federal Law Enforcement Training Center and will keep families whilst their proceedings for deporting unfold.

The facility, said the Department of Homeland Security, is one of many DHS has considered to maintain and then expedite deporting the increasing number of children and adults that are illegally crossing into the southwest border.

The undocumented immigrants are to be housed in facilities that are compliant with all legal requirements and are humane, said the DHS deputy secretary.

The government shut down the family center there in 2009 amidst complaints over conditions.

Presently, the government has only 100 beds that can house families detained with children. During the fiscal year, more than 39,000 people traveling as families were apprehended, but most have been released with many given ankle bracelets as monitoring devices.

The White House’s plan will not do anything to address the other surge of late from Central America of children who are now traveling without parents to the U.S. This group is treated differently under laws in the U.S.

The announcement by the administration received both criticism and praise from politicians on Capitol Hill.

One Democrat, Henry Cuellar from Texas said he was pleased with how the administration finally was taking steps to address the ongoing crisis from the influx of unaccompanied children and undocumented immigrants traveling from Central America.

However, other Democrats and advocates for immigrants said it was incorrect to put children in jail while they awaited deportation hearings.

Senator Robert Menendez a Democrat from New York said small children should not be locked in jail. The problem of the children needs to be addressed quickly, but putting a child in jail and locking them up during the entire judicial proceeding is taking the situation too far.

Republican Bob Goodlatte a Representative from Virginia said the plan was nothing but a bunch of smoke and mirrors.