Congressional Map in Florida Tossed Out by Judge 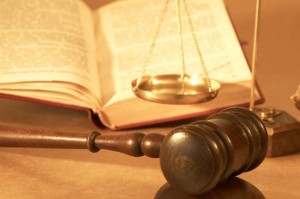 A judge in Florida has ruled that the congressional map of the state is unconstitutional, a decision that might upend the advantage the Republicans have in the state’s delegation in the House of Representatives and leave open a possibility of having the districts redrawn prior to the elections this November.

A Circuit Court Judge blasted the state legislature that is GOP-controlled for working with consultants to make the Fair Districts amendments a mockery. The amendments called for decennial redistricting to be carried out without taking into account any incumbent advantage or partisan makeup.

The Judge said the operatives or political consultants from the Republicans in fact did conspire to influence and manipulate the process of redistricting.

In another part of his opinion, the judge said a mockery of the proclaimed open process and transparency was made by utilizing the access it was given to decision makers, but going to lengths to conceal their participation and plan from the public.

Despite the harsh words for Republicans, the Judge did not specify whether there need to be new district lines drawn prior to the elections in November.

The court must order additional motions to make a determination of what the next steps are, but it was unclear when the motions might be delivered.

The Florida legislature is expected to make an appeal to the Supreme Court of Florida.

The possibility exists the ruling could affect the 2014 elections, with the scenario being a new map be put in place, which could also move the primaries back, while at the same time a number of appeals would be made.

Two districts violated the amendment for Fair Districts covering the redistricting. Those two districts were the 5th and 10th, which are in central Florida. Those two were ordered redrawn by the Judge in his ruling. However, changing the lines of just two districts would in turn cause the rest of the districts they border to be changed as well.

Depending upon the redrawing of districts, Democrats are poised to gain seats, with Republicans currently holding an advantage of 17-10 in the House, despite a registration edge overall for Democrats.