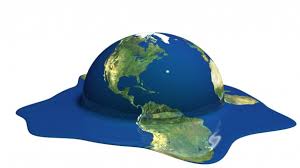 The White House administration announced a number of initiatives involving climate change on Wednesday that were aimed at saving electricity supply; making flood planning at the local level better, as well as storm surges and coastal erosion; and better prediction of risks of landslides as the levels of the seas increase and droughts and storms intensify.

The new actions, which involve a number of federal agencies, were amongst recommendations made by the Local, State and Tribal Leaders Task Force for Climate Resilience and Preparedness set up by the president.

The group was made up of 26 officials who worked starting last November to develop the different initiatives.

One project involves the shoring up of the power supply while climate catastrophes are in process, and the Agricultural Department Wednesday awarded over $236.3 million for improvement of electricity infrastructure in different rural areas to eight states.

A study by the government released this past May, concluded that the climate change would put a strain on utility companies in providing power as severe weather damages power lines while hot temperatures drive up surges in demand.

The Department of Agriculture also said new funds to aid rural areas struggling with long-term drought were available, although officials at the White House have not said the amount of money that was being allocated.

The U.S. Geological Survey taking on another one of the task force recommendations said they would expense as much as $13 million in the developing of advanced 3-D map data that would give cities as well as states the ability to draft strategies in response to disasters that are weather-related.

The Bureau of Indian Affairs also unveiled a program of $10 million to help train tribes on adapting to climate change and the Center for Disease Control released a guide to help in the identification of health hazards that could be caused due to climate change.

The initiatives are some part of the broader push by the White House to build support for the climate agenda of President Obama.

In June, Obama detailed an EPA plan that directs states to submit their proposals to cut carbon pollution from their power plants.