White House Proposing Restrictions on Mine in Alaska 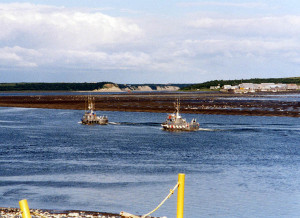 The Environmental Protection Agency on Friday issued a new proposal through the Clean Water Act that limits mining activity in the Bristol Bay watershed in Alaska, which struck a huge blow to the project that would eventually have one of the largest mines that is open pit in the world.

The proposal is subject until September 19 to public comment and represents the latest step by the Obama Administration to impose restrictions on Pebble Mine a massive copper and gold mining project.

Native tribes in Alaska, environmentalists and commercial fisheries are attempting to block the venture saying that the discharge from operations could harm waters that help support close to half of the sockeye salmon population in the world.

The regional administrator of the area for the EPA, Dennis McLerran said the agency concluded that even a mine that was much smaller than one that Pebble’s sponsors have envisioned would produce unfathomable rock amounts that would produce significant risks to the Bristol Bay ecosystem.

Northern Dynasty Minerals a firm based in Canada is attempting to start the project’s construction. The company predicts the mine will create 1,000 jobs that are direct and as much as $180 million in revenue for the state.

The developers of the mine have not yet filed for a permit, so the analysis the EPA did was based on the filings by the company with the SEC.

Its conclusions were based upon a mine of 0.25 billion tons, which is substantially smaller than the one Pebble’s is proposing

Tom Collier the CEO at Pebble Partnership said the restrictions were misguided and not based upon any sound regulatory of science precedent.

He noted that the EPA moved forward while litigation was pending in a federal court.

The action by the EPA, said Collier was causing critical harm to the business interests of the company and its abilities to fairly move forward on the project.

Alaska Senator Lisa Murkowski a Republican urged the EPA not to issue a veto that was preemptive against the mine, while Mark Begich a Senator from Alaska who is a Democrat argued the project posed too many huge risks to the wild fishery in Bristol Bay.