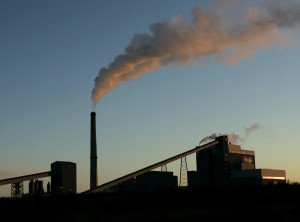 The White House said Tuesday that putting off measures that are expensive to help curb climate changes would only cost the U.S. more over the long run.

The comments came from a report that is meant to bolster actions that have been proposed by President Barack Obama to address the world’s global warming.

Jason Furman, the chairman of the Council of Economic Advisors for the president, said each decade would increase the costs of obtaining results in dealing with the problem by 40%.

Furman added that more than enough was known now to justify action immediately.

The report reached its conclusions from sixteen economic studies that had modeled costs for climate change. The report was released as the Environmental Protection Agency is holding hearings open to the public on its plan for cutting carbon emissions from U.S. power plants, which is the centerpiece to the plan for climate change of the White House.

Business groups say that the plan by the EPA would be hurtful to jobs within the coal sector as well as hurt the economy in the U.S.

That argument has been pushed back by environmental groups as well as the Obama administration.

A report last month that was bipartisan and commissioned by Michael Bloomberg the former Mayor of New York City, Henry Paulson the former Secretary of Treasury and Tom Steyer, an environmentalist forecast a price tag in the billions for costs of climate change like losses of property from storms, declining yields in crops and increased power bills due to heat waves.

Ernie Moniz the Secretary of Energy will announce action that the department will take to lower the methane emission from natural gas distribution and transmission systems, as well as partnerships and shareholder commitments, said the White House.

In the fall, the White House will propose new regulations to slash methane emission from gas and oil wells located on public lands as well as deciding whether or not to propose new rules to address the emissions from the same on private lands.

STERIS plc Given Consensus Rating of “Buy” by Analysts