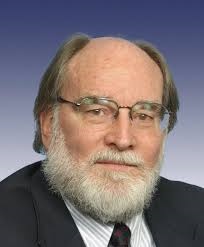 After close to four decades in an elected office in the state of Hawaii, Governor Neil Abercrombie received a stunning blow, as he was defeated this weekend in his bid for re-election. He became the first incumbent Hawaiian governor in the history of the state to lose his party’s primary.

Abercrombie, who is a Democrat, was beaten by David Ige on Saturday. Ige started his campaign as a state senator who was little known, but capitalized on the sinking popularity of the governor to win the Democratic nomination.

The defeat will likely put an end to the long career in politics for Abercrombie. At 76, he received only 31% of the primary vote, in comparison to 66% for Ige.

Abercrombie said that every breath he has taken and every thought he has made has been for the state of Hawaii, when asked about his nearly 40 years serving the people of Hawaii.

He said he would support Ige in the November general election.

Ige hardly was able to believe how he easily won the nomination. He was able to overcome big disadvantages in name recognition and fund raising.

Through the end of July, Abercrombie spent close to $5 million in his attempt to secure his re-election. Ige on the other hand spent under $500,000 according to the spending commission for the state of Hawaii.

In the end, the money did not make a difference. The election became a referendum on a governor who had become unpopular. Voters that did not know much of Ige decided to support him.

Ige said when he started a year ago on the road to the primary some people told him he was crazy. No one gave a second thought to him being this close to becoming governor.

Another Democratic incumbent who is high profile, Brain Schatz a senator, is in a very tight race with Congresswoman Colleen Hanabusa. That race is still too close to make a call.

Schatz held a 1,800 lead with some ballots from mail-ins still not counted.

Voters in two of the Island of Hawaii’s precincts did not yet vote due to polling sites being closed following damage from the storm that hit the island on Friday.