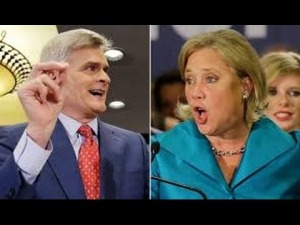 Republicans ended their conquest of the U.S. Senate Saturday when Bill Cassidy a Republican easily defeated Mary Landrieu a Democrat and the incumbent, in a Louisiana special election.

Cassidy said afterwards that the victory belonged to the people of the state of Louisiana who had voted for a government made to serve the people, not to tell them how to do things.

The result gave the GOP a total of nine seats picked up in the Senate during the midterm elections. The Republicans now hold 54 seats in the Senate to the 46 of the Democrats.

Cassidy was able to capitalize on the increasingly conservative movement in Louisiana and the shared party affiliation Landrieu had with President Obama. Many in Louisiana dislike the President.

Landrieu thanked all of her supporters and said the joy had been in the fight. She called her work in the Senate a blessing and worth waging.

Landrieu is the sole Democratic senator in the Deep South and the only statewide Democrat elected in Louisiana.

She attempted to distance herself during the campaign from President Obama, noting she opened the deep water drilling moratorium after the oil spill of 2010 and supported the Keystone XL pipeline construction.

Cassidy however repeatedly told the voters that Landrieu voted in line with Obama 97% of the time as well as reminding them she voted for the Affordable Care Act in 2010, which is very unpopular across Louisiana.

Cassidy’s strategy seemed to work. Cassidy was thought to be ahead by 20% heading into the vote.

The race had negative attacks from both sides. During the final few days before the special election, Landrieu accused Cassidy of charging Louisiana State University, where he is a teaching physician, for hours he never worked, which was denied by Cassidy.

Landrieu was attacked by Cassidy and his supporters for improperly spending the money of the taxpayer on flights she chartered which included stops on the campaign trail.

Landrieu subsequently apologized, saying her campaign had reimbursed the government for the flights she had taken.

The new Senate will be sworn in January following the holidays.