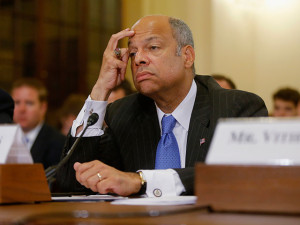 The White House administration is increasing the pressure on Republicans for the funding of the Department of Homeland Security, which could be shutdown if Congress does not act by February 27.

Congress is stuck on this issue due to the House insisting the funding bill include a provision to overturn the executive actions of President Obama on immigration that provided legal status as well as work permits to immigrants.

Republicans in the Senate do not have the necessary 60 votes to overcome a filibuster by the Democrats of the bill from the House, but have not been able to convince their counterparts in the House to bend.

The Obama administration believes it has the upper hand on this battle and will press it advantage during a week of recess for Congress.

On Tuesday, Vice President Joe Biden will travel to Baltimore and visit the forensic laboratory of the Maryland State Police. He is expected to talk about how the funding for Homeland Security helps to provide technical assistance and training for law enforcement.

The Obama administration is holding its summit that will discuss countering violent extremism next week. The president will deliver remarks on Wednesday as well as Thursday on initiatives for counterterrorism.

Jeh Johnson the Secretary at Homeland Security and other officials in the agency are expected to press their case over the upcoming days, with one official calling the push to get funding as a huge priority.

Johnson is attempting to convince congressional Republicans to bend. Johnson says the department has visited with 20 Capitol Hill lawmakers to discuss the funding and placed over dozen calls to Congress members.

The administration with its Democratic allies it has on Capitol Hill has repeatedly used the recent terror attacks in Canada and Paris to pressure Congress over the issue.

Republicans however have shown no sign of giving in on the demands that funding will overturn the immigration actions by Obama.

Last Friday, 170 Republicans in the House urged Harry Reid the Minority Leader of the Senate to drop his party’s filibuster.