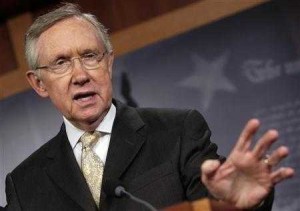 Harry Reid the Minority Leader in the Senate told House Republicans on Wednesday that unless they took a provision that was anti-abortion from the human trafficking bill, the popular measure was doomed.

Reid said that the Senate on Wednesday was doing something good as it had the chance to address the legislation on human trafficking, but in the legislation meant as an outline of how to stop human and child trafficking in general, there is one provision that deals with abortion and does not have anything to do with this legislation.

Reid added that if his Republican counterpart and friend was so willing to get the bill passed then take out the abortion legislation. Otherwise, said Reid, the measure will not be passed.

The legislation introduced by Senator John Cornyn of Texas, and called the Justice for Victims of Trafficking Act would establish a new fund that would help victims through fees charged to the traffickers. The legislation a new version of one originally introduced in the Congress prior to the current one, has support that is bipartisan and passed unanimously last month in the Judiciary Committee.

However, Democrats learned that the bill has language that includes the Hyde Amendment, a recurring rider that is often attached to different legislation and that restricts funding for things such as abortion and other services related to healthcare. Republicans argue the rider has been in the legislation the entire time and that it should have been seen by Senators before now. Democrats have countered that when it was introduced by Cornyn he did not make it clear in which ways it differed from the original measure.

In remarks about the measure on Wednesday morning said that democrats have had more than enough time to review this legislation.

Late Wednesday Cornyn took the Senate floor and defended not only the human trafficking part of the legislation but also the abortion language calling on his colleagues who were Democrats to move beyond this phony distraction and vote Thursday in favor of the measure.