Obama Saying Only a Few Senators Are Blocking Surveillance Reform 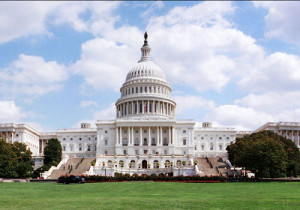 President Barack Obama gave a warning on Friday that surveillance powers that are used to prevent Americans from being attacked could lapse Sunday at midnight unless a few senators stop preventing reform of the legislation.

Obama said he told Mitch McConnell the Majority Leader of the Senate and a few other senators that he is expecting them to take swift action on a House bill that was passed that would renew power and reform bulk collection of data from telephones.

McConnell called members of the Senate to Washington for a rare session on Sunday to deal with the expiring provisions of the Patriot Act, including Section 215, which is used to justify the collection of data by the National Security Agency of billions of telephone calls by Americans.

The program run by NSA has worried advocates from privacy since it became exposed two years ago by a former contractor with NSA, Edward Snowden, who is a fugitive living in Russia.

On Friday, activists online blocked the access of the congressional offices to thousands of websites protesting the Patriot Act.

The Republicans, who control the House as well as the Senate, have not been able to agree as to how to deal with the legislation expiring. Last week, the Senate failed by only three votes to advance with the USA Freedom Act a bill that would reform the current one and one backed by the President and overwhelmingly passed by the House.

A senior leadership aide of the Republicans said late Friday that the leaders of the party in the House had wanted the Senate to pass the USA Freedom Act.

That legislation would end bulk collection of the telephone record and it would replace it with a system that is more targeted for the retrieval of information.

In the U.S. Senate, the measure has the support of the Democrats but is opposed by security hawks in the Republican Party who want the Patriot Act provisions extended.

Congressional aides have said that backers might be able to win the three Senate votes lacking to advance the USA Freedom Act, by allowing its opponents to offer specific amendments.