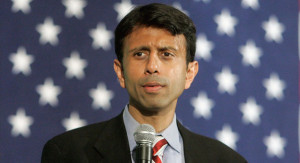 Bobby Jindal the conservative Republican Governor of Louisiana said Wednesday that he would announce in New Orleans on June 24 if he would join an already large field of fellow GOP members running for president.

He said that if he decides to announce on that date that he would seek the GOP nomination for the White House, his candidacy would be based up the idea the people in the United States are ready to take a dramatically different directions than the country is currently headed in.

Wednesday’s announced came through a statement that was emailed by the Governor’s exploratory committee.

He also said that other leaders of the Republican Party were talking about needed change, but the he has worked on the actual plans to replaces the healthcare law known now as Obamacare, making an energy independent U.S. and changing the policy on education in the country.

Jindal is the first choice of only 1% of likely caucus-goers who are Republican in the key nominating state of Iowa.

A number of GOP governors as well as former governors are thought to be joining the race over the coming weeks including Rick Perry on Thursday with a scheduled announcement in Dallas.

Donald Trump the businessman and the TV personality is expected to announce if he will be running for the Republican nomination June 16 from New York City.

For the Democrats, Lincoln Chafee the former governor of Rhode Island is expected to announce his candidacy in the state of Virginia.

Jindal is a big opponent of the Affordable Care Act as well as Common Core and favors a small government running the country.

He said that if the size of the government were not reduced it would swallow up the economy and turn the current American dream into what he called a European nightmare of dependence on the government.

Jindal is a policy guy but is also working to court the Christian conservative. In an op-ed piece that he wrote for the New York Times, he said he was holding firm against same-sex marriage and said he supported religious freedom laws.

$17.83 Million in Sales Expected for Sorrento Therapeutics, Inc. This Quarter