Guns Record for Chris Christie Could be Trouble in New Hampshire 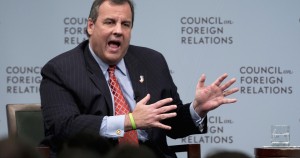 New Jersey Governor Chris Christie one of the Republican presidential candidates is betting his viability for the presidency on the state of New Hampshire.

Christie has visited the primary state that is crucial, as it is early on in the primary race, more times that any of the other candidates. He hopes that he is able to appeal to the state’s independent streak.

However, gun activists have warned that if the governor gains some traction, his record on the gun control issue could derail his entre campaign.

Christie’s record on guns is mixed at best, but one that he is trying to address this campaign. However, the politically active voters for gun rights’ across the country have become skeptical of Christie who operates a state that has some of the most stringent gun laws.

Advocates that are pro-gun had little good to say about the governor of New Jersey and said they have a track record of making the elections difficult for the Republicans who do not support the cause.

A pro-gun organization said it had confidence that Christie would not radically shift guns.

Christie is taking in only about 5% in New Hampshire, according to one poll, but has long been out of favor with gun advocates nationally.

He was given a “C” rating from the National Rifle Association two years ago and the same group did not send him an invitation it its annual conference each spring.

The same distrust related to gun laws has made its way to the Granite State.

The group’s distrust comes from earlier in Christie’s political career during the first campaign in 1993 for the state senate.

He added that no one has to have a semiautomatic weapon adding to the already many firearms in the communities across the country.