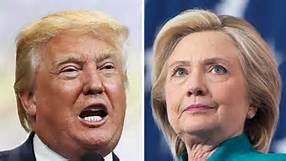 Donald Trump extended his lead amongst the many Republican presidential candidates amidst another round of controversy over the remarks he made regarding Muslims, while Hillary Clinton consolidated her lead amongst Democrats showed a new poll on Wednesday.

There are fewer than two months remaining before the first votes state-wide are cast to determine the nominees for the presidency.

Trump is the undisputed leader for the GOP with 27% of the registered voters from the Republican Party, while the challenger closest to him for the past few months, Ben Carson, the retired neurosurgeon fell to third, according to a new survey by Quinnipiac University.

Marco Rubio the freshman senator from Florida surged to second with 17%, while Carson fell to third tied with Ted Cruz a Senator from Texas with 16%.

Former Governor of Florida Jeb Bush is in fifth with just 5% while the remaining GOP candidates all have less than 3%.

The poll was conducted last week by Quinnipiac. Its figures for the Republican Party have a 3.8 percentage point margin of error, while the margin for error of Democrats was 4.1%.

Trump has come up against great criticism for many remarks he has made of recent including saying that thousands of Muslims who were in New Jersey cheered when the 9/11 attacks took place and the World Trade Center towers collapsed.

Trump had 34% of the support last month and since July has been on top of most polls with Republicans.

Amongst the registered voters who are Democrats, Clinton has 60% of the support, which is double that of Bernie Sanders her closest rival who is Senator from Vermont.

Former governor of Maryland Martin O’ Malley had just 2% of the support in a Democratic field that is much smaller.

Clinton has been bolstered by the decision of Joe Biden not to run for president and has appeared to be more confident in her campaign.

Sanders, who calls himself a democratic socialist, has been seeking to seduce the voters from the left, but his efforts, which soared during the summer appear to have dropped back to Earth.