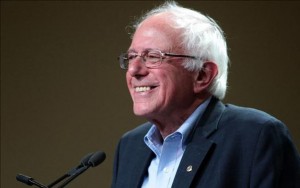 A spokesperson for the campaign of Bernie Sanders for the Democratic presidential nomination said that the issue involving access to voter data was resolved.

This came after the Democratic National Committee earlier had blocked access by the campaign to the data, which prompted the campaign of Sanders to file a suit against the DNC.

The spokesperson said that the Sanders campaign had resolved the situation and the DNC capitulated. We will get to view voter files by no later than Saturday morning. That resolution was confirmed later by a statement released from the DNC.

The statement said the Sanders campaign complied with the request by the DNC to prove information that had been requested by the committee of them.

Based upon the information, the Sanders campaign will have access restored to voter files, but an investigation will continue to ensure that data that was accessed inappropriately was deleted and is not in the possession any longer of the Sanders campaign.

The statement ended by saying the Sanders campaign agreed to be fully cooperative with the continuing investigations by the DNC on the breach.

A Hillary Clinton campaign spokesperson said Saturday that the campaign was pleased the Sanders campaign agreed to an independent audit.

Earlier the campaign for Sanders filed a suit for breach of contract against the DNC after the committee had blocked the access of the campaign to voter data, which left the candidates campaign team losing critical publicity and fundraising opportunities.

This voter data is a vital part of fundraising as well as identification efforts for all the presidential candidates, said the suit filed on Friday, estimating that the costs were exceeding more than $600,000 a day.

The DNC temporarily suspended the use of the voter database by the Sanders campaign after staffers with the campaign accessed data from the Clinton campaign during a break in the firewall in the data base system.

This vast database included information like geographic and demographic data for the registered voters as well as the voter history. It is vital to every campaign and has been financed for the most part from contributions from individual donors and not PACs.

-$0.33 Earnings Per Share Expected for AudioEye, Inc. This Quarter

Modefi Price Down 1.7% Over Last Week

Obyte Trading Up 4.4% This Week