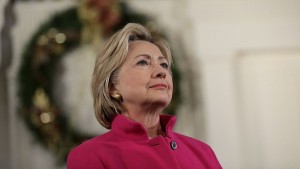 The campaign for Hillary Clinton for the presidential nomination of the Democratic Party, announced on New Years it had raised over $37 million over the last three months to support her effort to win her party’s nominated.

The campaign announced that the $37 million has put the total amounted raised to over $112 million. The presidential campaign released totals for the fourth quarter on Friday.

Clinton’s campaign also said it had raised more than $18 million for the DNC – Democratic National Committee.

Heading into the sprint in January toward the Iowa caucuses on February 1, the campaign for Clinton said it has close to $38 million on cash.

The campaign added that more than 60% of its donors during 2015 had been women. The Clinton campaign had previously set out a goal of more than $100 million for its primary in 2015.

Bernie Sanders, Clinton’s biggest rival did not report his totals for fundraising immediately for the December 31 month ending quarter.

However, the senator from Vermont has taken in over 2 million in individual contribution with money raised online at a very vigorous pace.

His campaign said that most of the senator’s donors were between $20,000 and $30,000 apiece which allows Sanders to return to them on a repeated business.

The third of the major Democrats running for office, the former Governor of Maryland, Martin O’Malley, has trailed both Clinton and O’Malley since the start of the fundraising.

Helped through a number of fundraisers that were headlined by former president Bill Clinton, most of the money for Hillary came through tradition events of fundraising where the price of an entry is often the largest legal maximum on donated.

The candidates for the White House have until January 31 to report details so any such plans before reporting federal regulators over the over details.