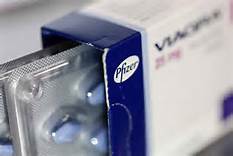 Tired from what she said is the government inserting itself into the private lives of women, a lawmaker in Kentucky has said she will return the favor.

Democrat Mary Lou Marzian from Louisville has introduced a measure that would force males who want to use drugs for erectile dysfunction to have to do a number of things prior to receiving them such as visiting their doctor at least twice and getting a note signed from their wives.

She said she wanted to protect men from themselves. She is a nurse and said the legislation was about family values.

Marzian said that the House Bill 396 would require someone seeking to purchase Viagra, Levitra, Avanafil or Cialis to make a sworn statement while his hand was on a Bible that he only would use a prescription for  the drug for when he has sexual relations with a current spouse.

She added that she started to think how would this group of men feel if their government started injecting itself into the private lives and medical decisions.

Marzian’s measure arrives one week after Governor Matt Bevin of Kentucky signed legislations that requires a women to consult with a doctor within 24 hours prior to having an abortion.

The bill, known as informed consent passed with 92 votes in favor on January 28. Marzian won one of three Kentucky House members to vote against it.

A supporter of abortion rights, Marzian argued that the government should not have the right to interfere with medical decisions of people. She said that her proposal was inspired as well by the values of her fellow lawmakers.

We are full of family values in the General Assembly of Kentucky she said, claiming they were awash in Christian family values and that was why she put that part in about the erectile dysfunction pills are only allowed in a marital relationship.

She admitted that her bill is symbolic more than serious and she does not expect it to get much support, yet she said she is not done with introducing other provocative proposals.