Uphill Climb by Bernie Sanders Getting Steeper and Steeper 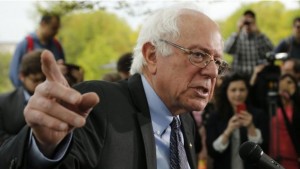 On Sunday, Vermont Senator Bernie Sanders promised to fight on following his loss in the Nevada caucuses. He predicted that he would be able to pull off an upset of historic proportion by the summer’s Democratic Party convention.

However, the delegate count that is often times overlooked in the Democratic primary shows Sanders has slipped significantly behind his opponent Hillary Clinton in the nomination race and odds of overtaking her are growing more and more remote.

Clinton now has 502 delegates to just 70 for Sanders. To win the Democratic Party nomination 2,383 delegates are needed. These numbers already included delegates won in states and superdelegates, who are able to support any candidate.

Clinton likely will win the delegate jackpot from the overwhelmingly Hispanic and black areas in Super Tuesday’s Southern-dominated primaries on March 1, when there will be 11 states that vote and close to 880 delegates awarded.

Since the delegates are awarded in a proportionally based manner on vote tallies in congressional districts and some other areas, only victories that are blowouts yield large amounts of delegates.

Clinton is positioned better than Sanders to win big in the districts rich in delegates, such as those that are carved out to ensure minority Democrats are in Congress, where Clinton still is far more popular.

One top analyst said Clinton could effectively bring the nomination race to an end in just over a week with a strong finish on Super Tuesday.

Of course, it is difficult to predict politics as this presidential campaign cycle has demonstrated.

Clinton will be facing questions about her presidential candidacy including the FBI investigation outcome into her use of a private server for emails, while see was the Secretary of State under President Barack Obama during his first term.

Sanders has shown the ability to create excitement at a grass roots level in many surprising places.

While Clinton still is far from reaching the delegates needed for her nomination, she is poised to make the sort of mathematical quandary that in 2008 she faced against Obama.