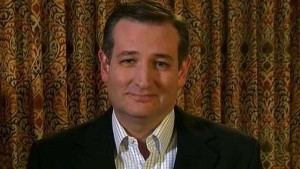 Ted Cruz changed his stance to a policy that is more aggressive on deportation in an interview Monday night. The Republican presidential candidate said he would search for, apprehend and then deport undocumented immigrants by using agents from Immigration and Customs Enforcement or ICE, which marks a change from his stance taken back in January.

The Texas senator was pressed a number of times on specifics of his plans of deportation. When pushed by his interviewer to ask if he would search for the undocumented immigrants, he said that of course as that is what ICE is for.

He said there are law enforcement officials that look for people who violate the law, then apprehend them and then deport them.

The interviewer offered up an example of an immigrant with two children who is settled in New York. He said Cruz was the president and asked if he would send feds to the man’s house to pick him up and send him on a plane to his homeland.

Cruz said, yes he would.

The comments by Cruz stand in stark contrast to his rhetoric previously on the same issue.

During an interview in January, Cruz said he would not be deploying a deportation force as was suggested by Trump if he were elected.

Cruz at that time said he would not send officials to people’s homes across the U.S. He said that was not the way to enforce the law, as we are not in a police state.

Cruz, the winner of the Iowa caucuses for the GOP, is at a big point in his presidential campaign following two straight losses in South Carolina and New Hampshire.

He fired his director of communications on Monday due the circulation of a misleading video about Marco Rubio his rival.

Tuesday will be his next big test when Republicans in Nevada head to caucuses.

YETI Cut to Neutral at Bank of America