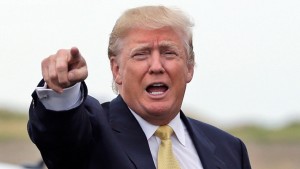 The predictions about the candidacy of Donald Trump the last eight months have been disproved time and time again, beginning with the idea he would not run, that his statements that border on outrageous would undermine his overall appear, that voters would appear at rallies due to his entertainment value but not vote when the time mattered.

They have all been wrong by a long shot.

Trump won his third straight vote on Tuesday by taking the Nevada caucuses. He has earned without a doubt the status of likely presidential nominee for the GOP.

With nearly all of the vote counted, Trump received 45.9% of the vote, breaking the ceiling on his support that political experts had predicted he had faced.

His support was just higher than his two closest rivals combined.

Senator Marco Rubio of Florida just edged out Ted Cruz the Senator from Texas for second, a result that will likely give neither any significant momentum boost but will ensure both remain in the race, which is the outcome that is the best from Trump.

Next on the agenda is Super Tuesday primaries in 12 states next week. They include a swath of Southern states, the GOP’s geographic base.

An uncharacteristically subdued Senator Cruz warned his supporters that it would be his most important night of the campaign.

Surveys said that Trump beat Cruz in the evangelical vote, the core of the senator’s base. He won the Hispanic vote over two rivals who are Hispanic.

He was first amongst both Republicans as well as independents.

The common theme threading through supporters of Trump is concern about the nation, with nearly all – 94% – expressing a negative opinion of government.