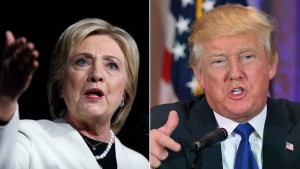 Hillary Clinton and Donald Trump left Super Tuesday with dominant positions in their respective party races for the presidential nomination, which brought each one closer to clash in the November general election.

Trump swamped rivals by winning seven states and demonstrating a broad appeal for his movement described by many as anti-establishment.

Clinton enjoyed a strong night as well, as she won seven states through showing her strength in the south with minorities.

Trump won in the South as well in the states of Virginia, Tennessee, Georgia, Arkansas and Alabama. He also walked away with victories in the moderate states of Vermont and Massachusetts.

He promised on Tuesday night following the results to go after Clinton with one focus once the race in the GOP was over.

However, GOP rivals of Trump vowed to move ahead. Ted Cruz was victorious in Texas, the largest single delegate prize and added Alaska and Oklahoma. Marco Rubio landed his first overall win in Minnesota.

The victories by Trump suggested the price he paid was not significant for the controversy of the KKK the last week.

For the Republican establishment that is in great panic, timing is running out in an attempt to deny him the nomination amidst the fears his type of volatile, rhetoric that is anti-immigrant could cost the GOP not only the White House be even the Senate.

Clinton was a winner in Arkansas, Alabama, Georgia, Texas, Tennessee and Virginia in the south and Massachusetts up north. Bernie Sanders was victorious in his home state of Vermont, Oklahoma and Colorado.

Thus far, Clinton has been projected to have 1,055 total delegates after winning 492 on Super Tuesday, while Sanders has 418 after winning 330 on Tuesday.

The three state wins by Cruz have given him a reason to continue. He suggested that Rubio and others consider exiting to unite their supporters with him.