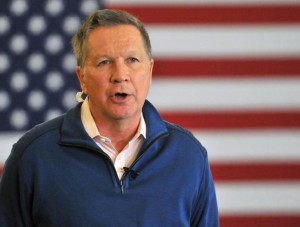 There were many things taking place across the country following the big Super Tuesday II primaries that caused Marco Rubio to end his bid for the White House.

Ohio Governor John Kasich picked up an endorsement from Senator James Inhofe from Oklahoma who previously had supported Rubio.

Inhofe said through a prepared statement by the Ohio governor’s campaign that he was backing Kasich because he proved it could deliver results.

Inhofe also said that Kasich had an optimistic campaign that was refreshing and called the governor a man of his word.

A sheriff in North Carolina suspended five of his deputies for actions they took at a rally for Donald Trump in which a man being escorted from that rally was assaulted by another man who was attending.

The sheriff through a statement said the three deputies had been demoted as well as suspended for five days without pay, while all five were on probation for a period of 12 months.

The sheriff launched his investigation after video was released showing a man hitting another who was being led out of the auditorium  by deputies and officials said deputies were looking at the stairs when the man was struck.

A new ad online by Donald Trump uses footage of Hillary Clinton the front-runner for the Democrats barking like a dog as a way to suggest she might not be fit to be the president.

The ad on the official Instagram account for Trump starts with footage of Vladimir Putin the Russian President engaged in training of martial arts with one man who appears to be a fighter with the Islamic state who points a gun toward the camera.

The ad said that when facing the country’s opponents the Democrat have the best answer.

The ad then cuts to footage in Nevada of Clinton in early 2016 barking to mimic the ad she was describing to her supporters.