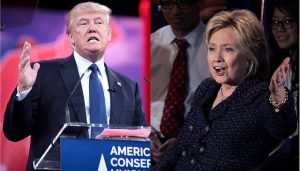 Donald Trump must win September’s debate to move ahead in the polls of Democratic nominee Hillary Clinton. He will need to also look presidential while at the same time landing punches on Clinton’s vulnerable areas, throwing her off with personal attacks.

Both Clinton and Trump are going through preparations for what could be the most acrimonious, hardest fought presidential debates to date, promising a number of prime-time unpredictable bouts between the two candidates.

Trump’s goal is to put up points against Clinton so he is expected to be swinging for all he can get, said a strategist with the GOP. Clinton on the other hand will try to remain steady and end the debate with no harm done.

She will hit out on policy, while he will on personal things, predicted a strategist with the Democrats.

However, the strongest moments for Trump in the campaign have come when he has been able to show some sort of discipline while remaining on script. An example of that was during the GOP convention and recent speeches he has had, before returning to give some wild comments that cost him of recent.

However, to win, he needs to be in attack mode, but not crossing over any lines while doing do. He needs to show some substance and to have command of plenty of detail on policy.

Clinton is leading Trump in the majority of polls, but that can play against her entering the debates, with the first scheduled for September 26.

Clinton has more to lose and will have to be both strong offensively and defensively to survive the debates. Clinton will have to draw on the deep experience she had as a former senator and as the secretary of state.

However, while she is strong on policy, she must anticipate unexpected things from the showman, as Trump so proudly calls himself.

One strategist said that Trump will entertain the crowd and will say a few things that are outrageous and Clinton will be statesmanlike and presidential. The big part is that she is prepared for his carnival-like antics, said the strategist.

Trump has been meeting with members of his team that is preparing him for the debates, including Laura Ingraham the conservative radio talk show host, Rudolph Giuliani the former Mayor of New York and Roger Ailes the former chairman with Fox News.