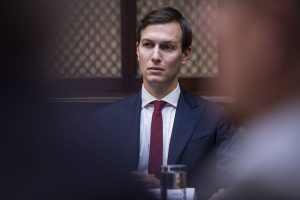 President Donald Trump on Monday will unveil a new agency in the White House named the Office of American Innovation that will be run by Jared Kushner his son-in-law.

The agency will have extensive powers of overhauling procedures at a federal level and possibly privatize certain responsibilities now held by the government, through collective ideas received from the country’s business community.

The new governmental agency that Kushner will head is to report directly to the President, and will have business community members on staff and will be advised by the heads of several large manufacturing and technology companies that include Apple CEO Tim Cook, Tesla CEO Elon Musk, Salesforce CEO Marc Benioff, Microsoft founder Bill Gates and IBM CEO Ginni Rometty.

Tech executives have already weighed in on the plan through Twitter and other social media platforms and the assessment overall is not good.

Kushner, who is 36, has a level of access to President Trump that is nearly unprecedented for someone with no policy let alone political experience.

He told a Washington newspaper that he thought the government should operate just like a major American company, achieving efficiencies for its citizens who are the customers of the government.

The issues with taking advice from corporate executives regarding how to streamline the U.S. government with a goal of awarding new contracts and possibly privatizing services already in existence are obvious ones.

Kushner has said that his first priority will be the reimaging of the department of Veterans Affairs that the new administration proposed is privatized prior to Trump taking office. The initiative received pushback from a number of veteran’s rights groups.

Investors and executives involved with the program have said the move was a good one. One executive said it was easier for members of the private sector to locate friction in the system.

Salesforce CEO Benioff said that if the changes are made with corresponding principles and values there should not be problems with working with the current White House administration. He compared Kushner to an entrepreneur he invests in.

Why big players in technology are involved is clear when looking at certain infrastructure initiatives that could be in play. Those include the modernization of the technology as well as data architectures of all federal agencies and departments’ providing broadband to everyone in the U.S. and re-evaluating training programs.