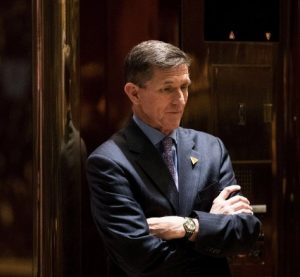 Former national security adviser to President Donald Trump, Michael Flynn, is seeking immunity to give testimony on the alleged meddling by Russia in the November election, said his lawyers.

One of his attorneys said Flynn has a story to tell however he needs to guard against any unfair prosecution. The allegations are being investigated by Congress with one U.S. Senator warning of Russia propaganda on steroids.

Flynn was fired by the White House in February for being misleading about the conversations he had with an envoy from Russia.

His ties to Russia are under the spotlight of the FBI and the Senate and House Intelligence Committees that include wider investigations into claims that Moscow was seeking to help Trump in the November presidential election and related to contacts between members of Trump’s campaign team and Russia.

The attorney for Flynn said his client definitely has a story and would very much like to tell it, should there be circumstances that permit it.

He added that no reasonable person having advice from his counsel would be willing to be questioned in such a witch-hunt, highly publicized environment without having assurances against being unfairly prosecuted.

Three other former aides of Trump, including Paul Manafort his ex-campaign chief and Carter Page and Roger Stone former advisors offered to give testimony without asking for immunity.

A hearing by the Senate Intelligence Committee was opened Thursday with a member saying that Moscow sought to hijack the election last November.

Senator Mark Warner, a Democrat, said that Russia might have used certain technology to spread disinformation that included fake news to voters across key states like Pennsylvania, Michigan and Wisconsin.

Republican Senator Richard Burr, who is the chairman of the panel, warned that we all are targets of a capable and sophisticated adversary.

Burr confirmed as well that there were conversations about speaking to Flynn but there was no confirmation made that he would appear.

The White House has faced a number of allegations that members of the administration colluded with officials from Russia during the U.S. election campaign.

Trump dismisses those claims regularly as being fake news and Russia ridiculed such allegations as well.

On Thursday, during the Arctic forum, Russian President Vladimir Putin denied the allegations again calling them irresponsible and nonsense.