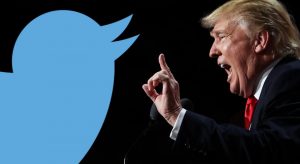 Twitter on Thursday filed a lawsuit to block that order it received from Homeland Security seeking the microblogging site to reveal its user of an account that has been very critical of the immigration policies of President Donald Trump’s administration.

Tweets from account – @ALT_uscis – seem to indicate it is operated by a person who is a U.S. Citizenship and Immigration Services employee. The division is part of the Department of Homeland Security.

Advocates of free speech said the order from the DHS appeared to be a first by the government to attempt to use the power it has to expose a critic who remains anonymous.

This is a development, that if successful, could have chilling and grave effects on free speech of the account, along with other accounts critical of government of the U.S., said Twitter.

According to court filings by Twitter, DHS had unlawfully abused a limited purpose tool for investigative purposes to find out the person behind the account in question.

The case means a possible showdown will take place over free speech between Washington and Silicon Valley. Washington has battled over whether U.S. tech companies can resist orders by the government seeking identities or personal information from suspected terrorists and criminals.

For instance, Apple in 2016 would not unlock the phone of one of the shooters in the massacre in San Bernardino, California and refused to build-in back doors that would provide law enforcement a path to breaking into the handsets.

This move sparked a heated battle between the FBI and Apple, with the FBI eventually paying a private tech expert to unlock the iPhone.

However, the case involving Homeland Security hit advocates of free speech as even more remarkable since the request for information was for the identity of a critic of the government and not for public safety.

An attorney specializing in freedom of speech said Twitter’s argument is strong. It does appear as if the government was going after one of its critics. There is not anything in the Customs and Border Protection summons sent Twitter that authorizes such a request under the power it has, said the attorney.

The account in question, which was made this past January, has let loose with attacks against the new White House administration.

In one tweet on January 26, the account said that over 40% of undocumented immigrants in the U.S. were overstays for Visas from other developed nations not Mexico.