White House Returns to Square One With Tax Reform 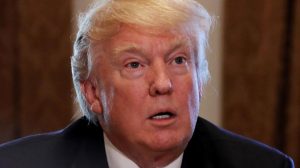 President Donald Trump has returned to square one with his tax reform as he seeks wide-ranging support from Republicans beyond legislation to give the tax systems an overhaul.

Officials in the White House said that it was now unlikely an overhaul in taxes would meet the deadline of August set by Secretary Mnuchin.

The Trump administration is attempting to learn from its failure in bringing to life a new law for healthcare that would replace the Affordable Care Act and take an active role in the passing of the legislation.

Aides at the White House said Monday that the administration’s goal is to cut the tax rates sufficiently enough to help improve the economic outlook in both industrial and rural areas across the U.S.

However, so far the administration has pushed aside different ways for increasing revenues like a carbon tax, to help offset lower rates.

Trump as of yet has not mentioned which trade-offs might be accepted and remained noncommittal on the leading plan for tax reform from  Texas Representative Kevin Brady a Republican and Ways and Means Committee chair.

Brady proposed a system of border adjustments, which would end corporate deductions for imports, to receive more than $1 trillion during the next 10 years and could be used to fund the lower corporate rates.

However, the possibility upset retailers who have said it would lead to an increase in prices and threaten jobs, while other lawmakers worry that it would violate rules of the World Trade Organization.

Brady said he intends to make amends to his blueprint but would not spell out what he was planning to do.

One other option being talked about amongst congressional members on Capitol Hill changes the GOP plan in the House to eliminate the majority of payroll tax and cut tax rates for businesses and possibly require a dedicated Social Security funding source.

That change, offered by a lobbyist for the GOP with ties to the White House, would transform the plan of Brady on imports into something more similar to a value-added tax by eliminating the labor expenses deduction.

That would then bring it into lie with the rules of the WTO and would generate more than $12 trillion in additional revenues over the next decade.

The additional revenue would then enable the White House to end the 12.4% payroll tax, which funds Social Security.