Fifth Third Bancorp trimmed its position in Progenics Pharmaceuticals, Inc. (NASDAQ:PGNX) by 29.1% in the first quarter, according to its most recent disclosure with the SEC. The institutional investor owned 9,750 shares of the biotechnology company’s stock after selling 4,000 shares during the period. Fifth Third Bancorp’s holdings in Progenics Pharmaceuticals were worth $37,000 at the end of the most recent reporting period.

Progenics Pharmaceuticals (NASDAQ:PGNX) last released its quarterly earnings results on Thursday, May 7th. The biotechnology company reported ($0.19) earnings per share for the quarter, beating the Zacks’ consensus estimate of ($0.22) by $0.03. The company had revenue of $6.25 million for the quarter. Progenics Pharmaceuticals had a negative return on equity of 129.46% and a negative net margin of 180.28%.

Progenics Pharmaceuticals, Inc, an oncology company, develops, manufactures, and commercializes pharmaceutical products and other technologies to target, diagnose, and treat cancer cancer in the United States and internationally. The company's product candidates include Azedra, a radiotherapeutic product candidate for the treatment of iobenguane scan positive, unresectable, and locally advanced or metastatic pheochromocytoma or paraganglioma for adult and pediatric patients; PyL, a clinical-stage fluorinated prostate specific membrane antigen (PSMA)-targeted PET/CT imaging agent for prostate cancer; and 1095, a PSMA-targeted Iodine-131 labeled small molecule, which is in Phase II clinical trial for the treatment of metastatic castration-resistant prostate cancer.

Featured Story: What is the Russell 2000 Index? 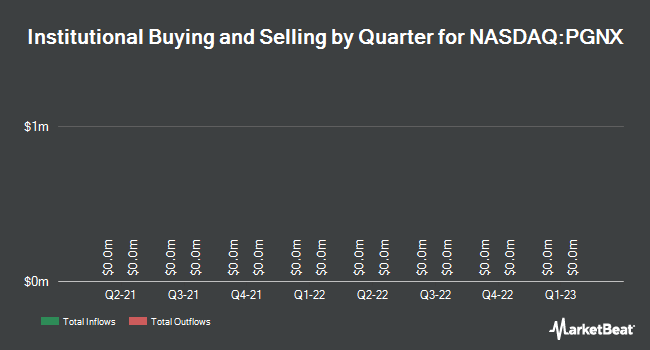