Six Flags Entertainment (NYSE:SIX) had its price objective increased by equities researchers at Stifel Nicolaus from $44.00 to $46.00 in a research note issued on Thursday, The Fly reports. The firm currently has a “buy” rating on the stock. Stifel Nicolaus’ price target points to a potential upside of 23.82% from the stock’s previous close.

In related news, CEO Mike Spanos sold 902 shares of the company’s stock in a transaction that occurred on Monday, November 23rd. The shares were sold at an average price of $31.02, for a total transaction of $27,980.04. Following the sale, the chief executive officer now directly owns 385,572 shares in the company, valued at approximately $11,960,443.44. The sale was disclosed in a filing with the Securities & Exchange Commission, which is accessible through this link. Corporate insiders own 0.97% of the company’s stock. 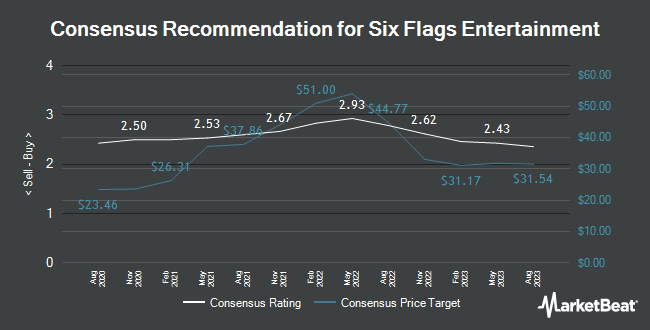