Vroom (NASDAQ:VRM)‘s stock had its “buy” rating restated by equities researchers at Stifel Nicolaus in a research report issued on Tuesday, AnalystRatings.com reports. They presently have a $65.00 price objective on the stock. Stifel Nicolaus’ price objective would suggest a potential upside of 36.34% from the company’s previous close.

Vroom, Inc operates an e-commerce platform for buying, selling, and trading of new and used cars in the United States. It also offers financing solutions. The company was formerly known as Auto America, Inc and changed its name to Vroom, Inc in July 2015. The company was founded in 2012 and is headquartered in New York, New York.

Featured Article: Which market index is the best? 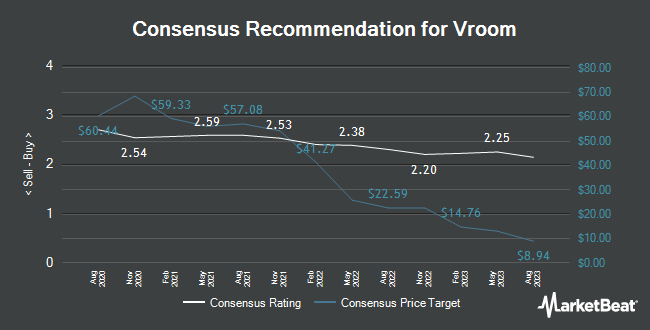 Receive News & Ratings for Vroom Daily - Enter your email address below to receive a concise daily summary of the latest news and analysts' ratings for Vroom and related companies with MarketBeat.com's FREE daily email newsletter.

Nework Trading Down 0.7% Over Last 7 Days