Saratoga Investment Corp. (NYSE:SAR) has been assigned an average recommendation of “Buy” from the nine brokerages that are currently covering the stock, Marketbeat.com reports. One investment analyst has rated the stock with a hold recommendation and seven have assigned a buy recommendation to the company. The average 1-year price objective among analysts that have updated their coverage on the stock in the last year is $23.75.

The firm also recently disclosed a quarterly dividend, which will be paid on Thursday, April 22nd. Investors of record on Thursday, April 8th will be issued a $0.43 dividend. The ex-dividend date is Wednesday, April 7th. This represents a $1.72 dividend on an annualized basis and a dividend yield of 6.79%. This is a boost from Saratoga Investment’s previous quarterly dividend of $0.42. Saratoga Investment’s payout ratio is 67.47%.

See Also: What is a balanced fund? 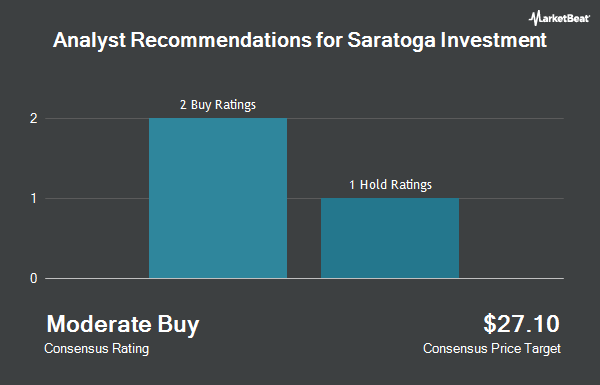