Avis Budget Group (NASDAQ:CAR) posted its quarterly earnings data on Sunday. The business services provider reported ($0.46) earnings per share for the quarter, beating the Thomson Reuters’ consensus estimate of ($2.38) by $1.92, MarketWatch Earnings reports. Avis Budget Group had a negative net margin of 7.28% and a negative return on equity of 199.17%. The company had revenue of $1.37 billion during the quarter, compared to analyst estimates of $1.24 billion. During the same quarter last year, the firm posted ($1.40) EPS. The business’s revenue for the quarter was down 21.7% on a year-over-year basis.

In other Avis Budget Group news, EVP Edward P. Linnen sold 8,300 shares of the business’s stock in a transaction dated Friday, March 5th. The stock was sold at an average price of $62.49, for a total transaction of $518,667.00. Following the completion of the sale, the executive vice president now directly owns 35,038 shares of the company’s stock, valued at approximately $2,189,524.62. The sale was disclosed in a document filed with the Securities & Exchange Commission, which is accessible through the SEC website. Also, CFO Brian J. Choi acquired 10,000 shares of the company’s stock in a transaction on Thursday, February 25th. The shares were purchased at an average cost of $55.68 per share, with a total value of $556,800.00. Following the completion of the acquisition, the chief financial officer now directly owns 28,200 shares in the company, valued at approximately $1,570,176. The disclosure for this purchase can be found here. Insiders own 23.20% of the company’s stock.

Avis Budget Group, Inc, together with its subsidiaries, provides car and truck rentals, car sharing, and ancillary services to businesses and consumers. It operates the Avis brand, a vehicle rental system that supply rental cars to the premium commercial and leisure segments of the travel industry; the Budget Truck brand, a local and one-way truck rental businesses with a fleet of approximately 20,000 vehicles, which are rented through a network of approximately 515 dealer-operated and 410 company-operated locations that serve the consumer and light commercial sectors in the continental United States; and the Zipcar brand, a car sharing network. 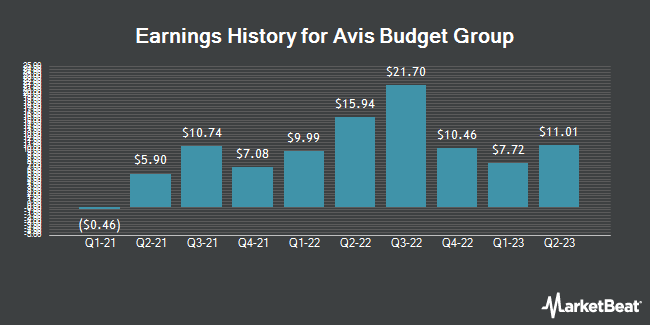