The company also recently declared a quarterly dividend, which was paid on Thursday, April 15th. Stockholders of record on Monday, April 5th were given a $0.215 dividend. This represents a $0.86 dividend on an annualized basis and a dividend yield of 3.89%. The ex-dividend date of this dividend was Thursday, April 1st. Brixmor Property Group’s dividend payout ratio is currently 45.03%.

Brixmor (NYSE: BRX) is a real estate investment trust (REIT) that owns and operates a high-quality, national portfolio of open-air shopping centers. Its 395 retail centers comprise approximately 69 million square feet of prime retail space in established trade areas. The Company strives to own and operate shopping centers that reflect Brixmor's vision "to be the center of the communities we serve" and are home to a diverse mix of thriving national, regional and local retailers. 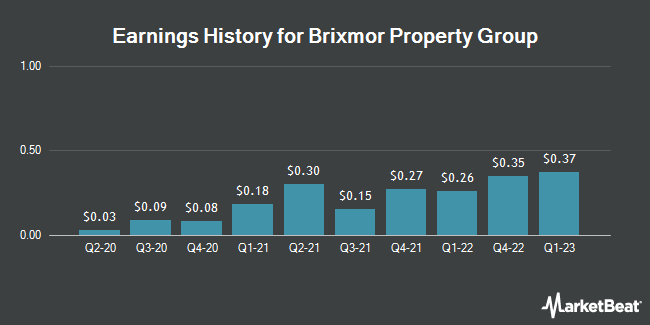