Phathom Pharmaceuticals, Inc. (NASDAQ:PHAT) has earned a consensus rating of “Buy” from the six ratings firms that are currently covering the company, MarketBeat.com reports. Two equities research analysts have rated the stock with a hold recommendation and four have given a buy recommendation to the company. The average 12 month price target among brokers that have issued ratings on the stock in the last year is $56.50.

Phathom Pharmaceuticals, Inc, a clinical-stage biopharmaceutical company, focuses on developing and commercializing treatments for gastrointestinal diseases. The company has the rights in the United States, Europe, and Canada to vonoprazan, a potassium-competitive acid blocker (P-CAB) that blocks acid secretion in the stomach.

Recommended Story: What is quantitative easing? 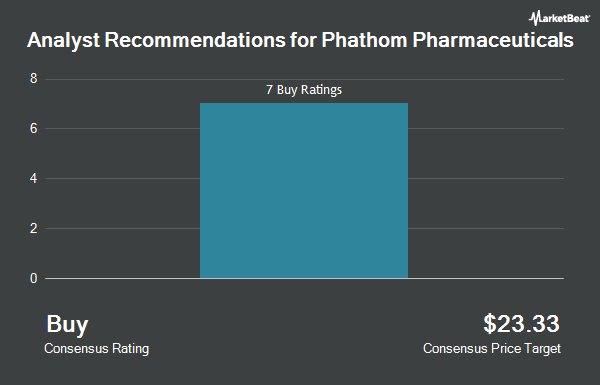 HeidelbergCement Given a €113.10 Price Target at Jefferies Financial Group

Complete the form below to receive the latest headlines and analysts' recommendations for Phathom Pharmaceuticals with our free daily email newsletter: