Credit Suisse Group upgraded shares of LANXESS Aktiengesellschaft (OTCMKTS:LNXSF) from a neutral rating to an outperform rating in a research report sent to investors on Wednesday morning, The Fly reports.

LANXESS AG is a holding company, which engages in the provision of specialty chemicals. It operates through the following segments: Advanced Intermediates, Specialty Additives, Performance Chemicals, High Performance Materials, and Arlanxeo. The Advanced Intermediates segment consists of industrial chemical intermediates and a key player in the custom synthesis, and manufacturing of chemical precursors and specialty active ingredients.

Further Reading: Why does the United States have a lingering trade deficit? 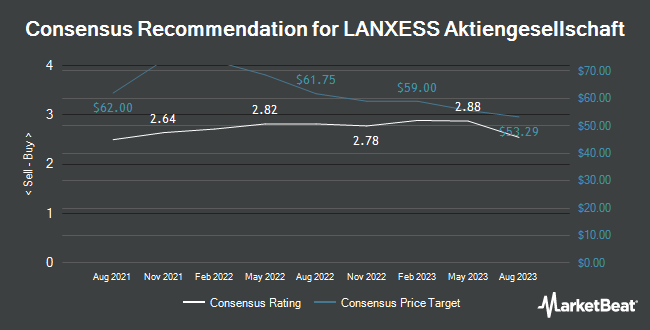 Complete the form below to receive the latest headlines and analysts' recommendations for LANXESS Aktiengesellschaft with our free daily email newsletter: