New Century Advisors LLC boosted its position in shares of United Therapeutics Co. (NASDAQ:UTHR – Get Rating) by 6.2% in the second quarter, according to the company in its most recent 13F filing with the Securities and Exchange Commission. The institutional investor owned 1,069 shares of the biotechnology company’s stock after purchasing an additional 62 shares during the period. New Century Advisors LLC’s holdings in United Therapeutics were worth $252,000 at the end of the most recent reporting period.

United Therapeutics Corporation, a biotechnology company, engages in the development and commercialization of products to address the unmet medical needs of patients with chronic and life-threatening diseases in the United States and internationally. Its commercial therapies include Remodulin to treat patients with pulmonary arterial hypertension (PAH) to diminish symptoms associated with exercise; Tyvaso, an inhaled formulation of prostacyclin analogue treprostinil to enhance the exercise ability in PAH patients and pulmonary hypertension associated with interstitial lung disease (PH-ILD); Orenitram, a tablet dosage form of treprostinil to enhance the exercise capacity in PAH patients; Unituxin, a monoclonal antibody for treating high-risk neuroblastoma; and Adcirca, an oral PDE-5 inhibitor to enhance the exercise ability in PAH patients.

Want to see what other hedge funds are holding UTHR? Visit HoldingsChannel.com to get the latest 13F filings and insider trades for United Therapeutics Co. (NASDAQ:UTHR – Get Rating). 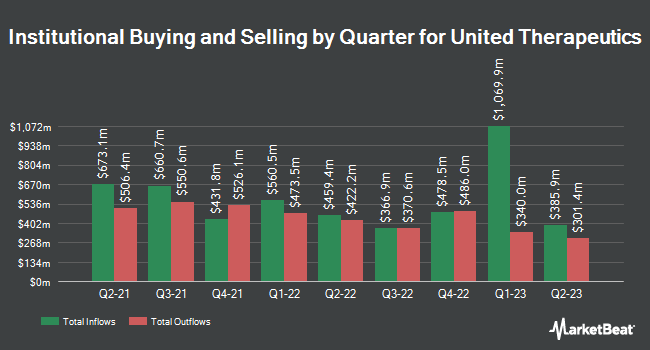 Complete the form below to receive the latest headlines and analysts' recommendations for United Therapeutics with our free daily email newsletter: