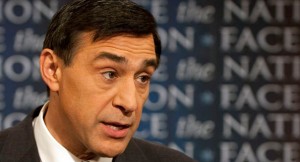 Despite Representative Darrell Issa apologizing to his counterpart from the Democratic Party on the House Oversight Committee for cutting him off while a tense hearing was taking place earlier in the week, Democrats have considering a complaint over ethics.

One senior aide in the House said Issa’s apology did not go far enough because of the level of offense and antics.

On Thursday, Democrats attempted but were unsuccessful to formally chastise the Republican for actions he carried out during a Wednesday hearing.

During the heated hearing on the targeting scandal by the IRS, Issa cut Elijah Cummings’ microphone while the Democratic Representative attempted to make his statement following the hearing.

Republicans in the House blocked a resolution backed by Democrats to condemn the actions by Issa. However, Nancy Pelosi said she was unaware of any plans for filing a formal complaint over ethics against Issa. Pelosi thinks Issa should make an apology to Cummings

It is not clear whether a formal ethics complaint would be filed. However, if it is done it could work in several different ways. Anyone is able to make a request to the Office of Congressional Ethnics, which is a quasi-government office. In addition, the House Ethics Committee can decide to take the issue up on its own.

Issa did apology to Cummings. However, he has always defended his actions. Issa, a Republican from California acknowledged he could have sat down and continued to allow Cummings to speak, but asserted his actions were not wrong by instead adjourning.

Issa said if he had the opportunity over again he would likely have let Cummings speak until finished and then walk away. However, Issa said everyone is human and he did not break any rules and did not deny due process to anyone.

Issa also was critical of Cummings for breaking decorum in the House to launch in his opinion an event that was pre-planned.

However, some Republicans were not pleased with Issa’s response.