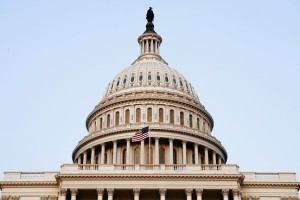 The new Senate Liaison hired by President Barack Obama is a lobbyist who has been around Capitol Hill for years and was paid to push to have the controversial Keystone XL pipeline approved on behalf of oil interests in Canada.

Obama hired Marty Paone as the deputy assistant for legislative affairs. In this role, Paone will be the main staffer in the White House responsible for outreach to the U.S. Senate.

In becoming a part of the legislation operation in the White House, Paone leaves the executive vice president position at Primer Policy Group a lobbying shop.

In his role there, he represented a number of trade associations and corporate clients.

An alliance of oil companies in Canada has pushed the U.S. to approve a pipeline construction of over 1,178 miles to bring crude oil from Canada into the Gulf Coast.

The project has received criticism from many environmentalists who have said the pipeline is a safety risk and would increase greenhouse gas emissions.

President Obama has been pressured from environmental activists, progressives and a number of Democrats to reject this pipeline.

A registration for lobbying from October indicates that Paone is one of five Primer Policy Group consultants that urged the Senate, House and White House to approve Keystone XL. Paone said the White House will not work on any issues that are related to Keystone.

The White House administration wrote new ethics rules barring anyone that has lobbied with the past two years from joining his administration. However, several waivers have been granted to those rules including for Paone.

An official at the White House said the waiver was included to ensure that officials in government would continue acting in the best interest of all Americans.

Over 70 corporate lobbyists ultimately have ended up working in the Obama administration. Many returned to K Street following their time with the government.

Paone has spent over three decades working the area of Capitol Hill. He has worked for Senate leaders including Tom Daschle, George Mitchell and the late Robert Byrd.