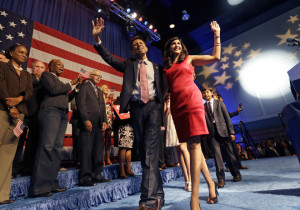 Bobby Jindal the Governor of Louisiana and the latest U.S. Presidential candidate for the GOP to announce, caused a storm on Twitter in India of insults and jokes after he said he does not like being referred to as an Indian-American.

Jindal is the first candidate of Indian origin to join a presidential race in the U.S. During the launch of his campaign Wednesday, the Louisiana governor said he was done with the descriptions that identify Americans by wealth, origin or ethnicity.

He said we are not African-Americans, Irish-Americans, Indian-Americans, poor Americans or rich Americans. We are all just Americans concluded Jindal. The speech brought loud cheering for the governor in an event staged in a suburb of New Orleans.

The comment was interpreted however by some on Twitter as a way to distance himself from India over 6,400 tweets were record about his comments and was hashtag # BobbyJindallsSoWhite was amongst the top trending topic on India Thursday.

One Twitter post said that Jindalls teacher used him at one time as the chalk for the chalkboard while another wrote that you could only see the outline of his body when he is standing before a white wall.

Some people came out as well in support of Jindal saying it was strange he was being ridiculed for the assertion of his Americanship.

Jindal converted to Christianity from Hinduism while a teenager. He is very popular with evangelical Christians and social conservatives.

However, the governor has struggled of late with a big fiscal crisis in Louisiana. He frequently ranks close to the bottom of the polls with Republicans seeking the nomination of the party for the presidency.

Jindal this past January made remarks that were similar and said his parents had moved to the U.S. to become Americans. He added that if the family had wanted to be Indians, then they would have remained in India.