Justice Department on Same Side As Planned Parenthood 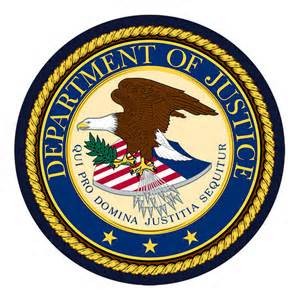 The Justice Department told a judge on Tuesday that Louisiana Governor Bobby Jindal’s decision of ousting Planned Parenthood for the Medicaid program for the state appears as if it violates federal due to denying patients with Medicaid the right to make a choice in what will be their healthcare providers.

In a filing in court, the DOJ said the administration of Jindal has not offered enough reasons to keep the Baton Rouge and New Orleans offices of Planned Parenthood from receiving payments from Medicaid.

The legal brief, known as a statement of interest was filed on Monday night, prior to the hearing on Wednesday to determine if Planned Parenthood would get a restraining order that would block the governor’s efforts.

Jindal, who is a presidential candidate for the GOP, announced he was cutting the funding to Planned Parenthood clinics. He used hidden camera videos that have accused the group of profiting from sales of fetal tissue after abortions as reasons for the funding cut.

Planned Parenthood has denied those allegations, saying the videos were heavily edited had been misleading. The organization in turn filed a lawsuit that is seeking a stay in the Medicaid program of Louisiana, saying that the decision by Jindal would limit health services, which would be a violation of the law.

Jindal’s administration said its authority is in the provision in its state law that allows the cancellation of a Medicaid provider contract with a notice of 30 days.

However, the DOJ said the state’s claim was without merit and Louisiana cannot reply on a state law to give them justification of ousting Planned Parenthood.

Louisiana cannot simply argue the providers agreed in the contract made up by the state and are able to be removed at will and give up the right to sue when removed because of signing arrangements, said the Justice Department.

The DOJ also was in disagreement with Jindal on the claims of his administration that Planned Parenthood improperly filed a lawsuit when it should have made a complaint to the Medicaid agency.