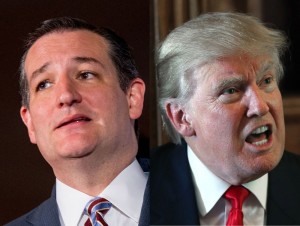 Ted Cruz is soaring in Iowa. In a recent poll, the U.S. Senator from Texas has passed Donald Trump in Iowa, opening a lead of 10 points in the critical first voting state in the nation.

The new poll finds Cruz with a commanding lead of 31% of the likely GOP caucus goers in Iowa, 10 points higher than the 21% Trump received.

For Cruz, this poll represents a huge jump of 21 points from a survey that was taken in October by two media outlets.

Both Cruz as well as Trump will be facing off on Tuesday at the next presidential debate for Republican candidates in Las Vegas, which CNN is sponsoring.

Cruz’s state director in Iowa, Bryan English said much work was still to be done, but we can stay that the message is working.

This is the most tangible evidence yet that the strategy Cruz has in Iowa of winning over the state’s pastors and their congregations, is succeeding.

For numerous months, Cruz has labored behind closed doors courting as well as organizing the faith leaders wanting to peel away the born-again believer of candidates such as Ben Carson.

Late last week, after the poll had been released, the senator earned his biggest boost from the Christians from Bob Vander Plaats, who endorsed the past two winners in Iowa.

Ben Carson has dropped into third with just 13%, while Marco Rubio sits in fourth with 10%, the same spot the Florida senator held during October. Jeb Bush is sitting with only 6%, which is an increase of 1%.

Tied with a total of 3% are Chris Christie, Mike Huckabee and Rand Paul. The remainder of the field, which includes John Kasich and Carly Fiorina, are sitting at 2% or below.

The poll consisted of 400 likely caucus-goers, who are Republicans, between December 7 and 10. That came after Trump has called for banning all Muslims from entering the country.